The music video tells of a world that is part of the cyberpunk genre: In the band’s imagination of the future, technical inventions make it possible to freeze yourself and live in a virtual parallel world in order to stop the process of aging. At the same time, the real world is no longer worth living due to global warming and massive environmental pollution. This is why the virtual world is increasingly becoming a place of refuge for people. This story world is about the main character Ayuko, who is infected with a virus through the music of the band Neoshin and is excluded from virtual reality.

The whole thing is a hybrid of an animated film series and a music album: The band Neoshin is both a supporting party in our history and a real band that creates the music for the film. Each song corresponds to an episode that continues the story.

NEOSHIN is a hybrid project of music and film. With every music video of the band NEOSHIN the story the story of AYUKO in the year 2073X will evolve. The band NEOSHIN is both a driving force of the story in the series as well as a real band performing in today’s reality. 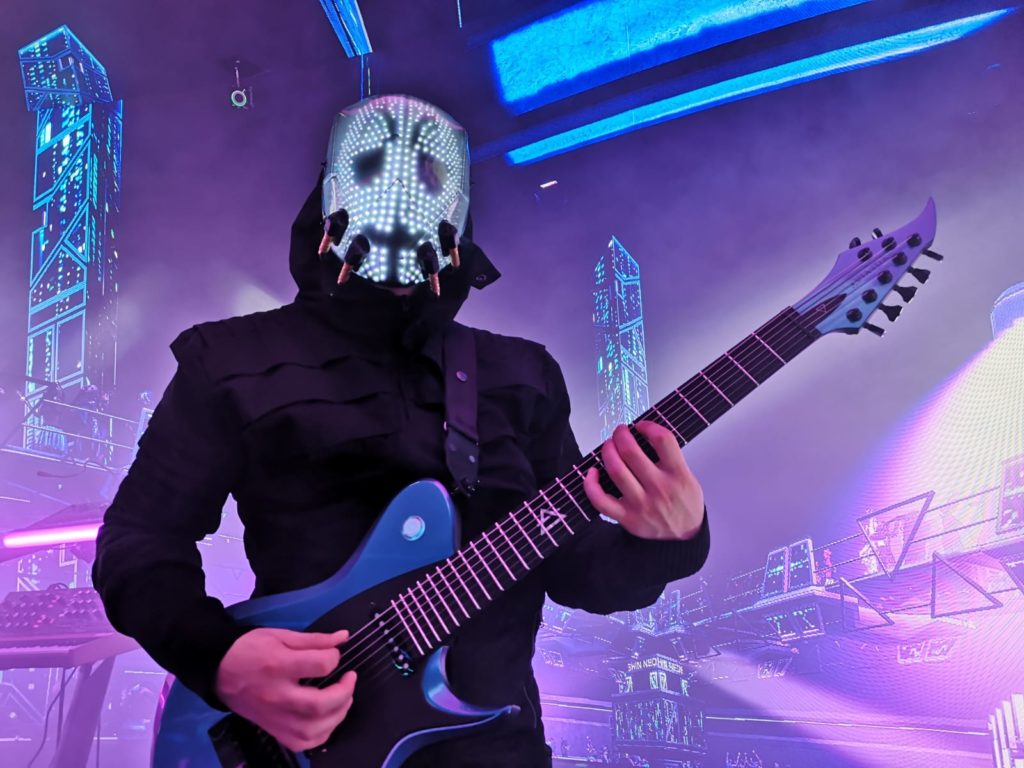 Behind the scenes Virtual production recording